A collection of works that expresses the drummer’s emotional landscape in his original compositions.

The third album by Kazuki Yamashita, an up-and-coming drummer born in 1978, features Eiji Nakayama on bass guitar, bringing his distinctive style and individual playing style together to create a more complete work. Nakayama played in Elvin Jones’ Jazz Machine (1982-83), in a duo with Don Friedman (1986-1990), in a duo with Richard Davis (1990), and in Roland Hanna’s Chamber Jazz Trio (1990) and duo (1991-2002). Yamashita’s drumming has a strong image of a straight-ahead style of playing, and his drumming, which he calls “master” and admires, has a similar power style of scrambling toward the goal line, or a more aggressive style. If you know that Yamashita studied drumming under Hiroshi Yamazaki, you might imagine a spiritual style of playing. Of course, there are many solos throughout the song, but they are not meant to be a “competition of skills”, but rather a presentation of each member’s interpretation of the song based on a shared image of the song. The melody does not collapse even in the development part. This album, which is made up of originals, is the result of the leader’s conviction and skill, as well as encounters with members who understand this.
Eichi Tomizawa 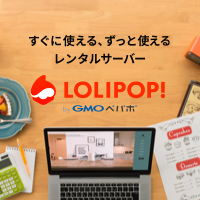